Graduate Spotlight: Giving Up Is Not An Option 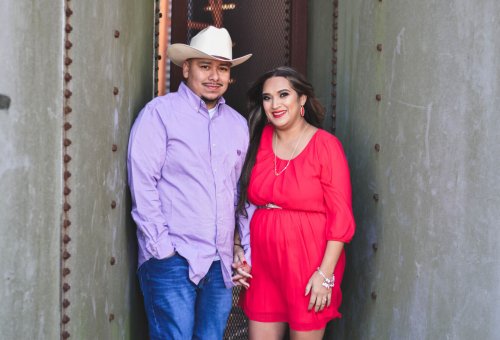 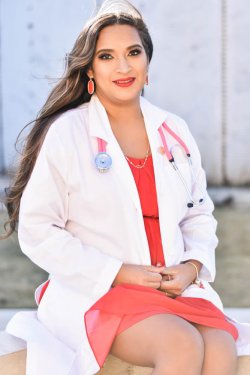 “You can’t give up.” Jessica Jaimes holds this motto close to her heart and strives to live it out on a daily basis. It would have been easy for her to give up, and after enduring what she described as a “horrible and abusive” relationship, and the added responsibility of raising 6 kids, nobody would have blamed her.

“I want to set a good example for them,” was Jessica’s response to the impact she wanted to have on her kids. Giving up wasn’t an option for her as she overcame some of life’s most grueling obstacles to go back to school, get her degree, and realize her dream of becoming a nurse. Deep down inside, she knew that her kids needed an example of how you can take control of your life, and she needed to be that example. It just so happened she would find a way.

During an emergency room visit one day, Jessica got to chatting with a nurse about the realities of the profession. She had dreamed of being a nurse from a young age, but her life circumstances made it more of a dream than a possibility. As the nurse described the commitment it would take for her to get licensed, which included the cost of tuition, books, supplies, and exam fees, Jessica wondered how it could ever be possible. Then this nurse introduced her to Capital IDEA, an organization that would help pay for her education, help her with childcare costs, and walk with her every step of the way. The thought of going back to school was still a scary idea. With a new baby in hand, Jessica knew it would be extremely difficult. Her new husband would eventually provide the push she needed. “He asked me what I was waiting for,” then offered to take her to a CareerUp info session. “I wouldn’t have done it without him.” She was accepted into the program shortly thereafter.

The journey through college was not easy. She dropped out a few times for personal reasons and took a 2-3 year hiatus. But, “even when life would knock us down,” she was surrounded by support. In addition to her husband who never let her lose sight of her dream, her Capital IDEA Career Navigator also kept encouraging her. She pushed Jessica to rejoin the program even after she’d been gone for a few years.

This past May, Jessica reached an important milestone —she graduated from the Registered Nurse program at Austin Community College. A few months later, she passed the NCLEX exam and received her RN license. With her license in hand and applications in, there is no doubt Jessica’s dream job will soon become a reality.

Already, the impact this journey has left on her family is immeasurable. As the first person in her family to graduate from college, her kids have seen firsthand what a person can accomplish when they don’t give up. As a result of her hard work and determination, her kids have now opened their minds to the idea of attending college, and her older ones are already making plans to do so.

For Jessica, Capital IDEA was more than just an organization. It was a lifeline. “They never gave up on me…they could have easily said, ‘just let her go,’ but they just didn’t.” Giving up was not an option for Jessica, and it has made all the difference.