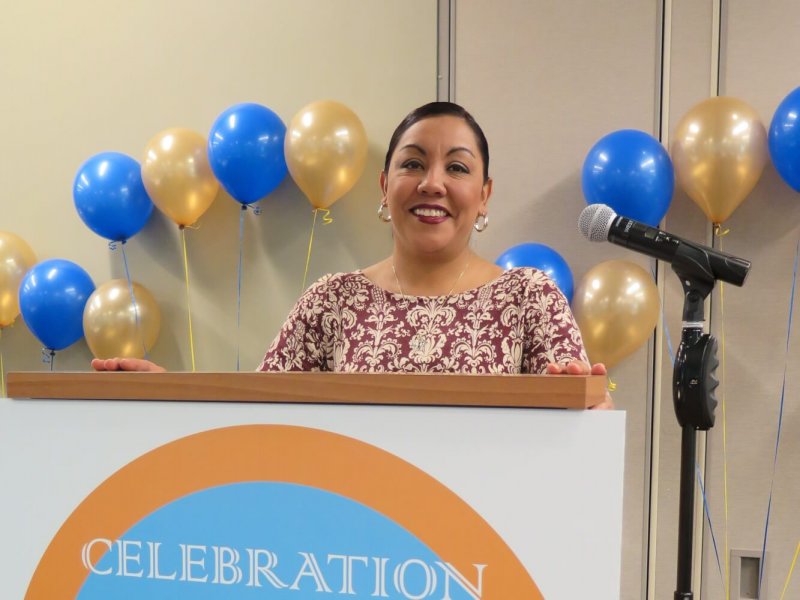 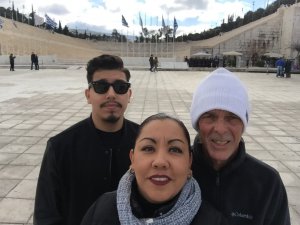 Tania Santiago-Kelly will do whatever it takes, going to extraordinary lengths to reach her goals and provide for her family. Over 14 years ago, Tania was living in Mexico with her son. In order to make ends meet, she worked three jobs. One of which paid her five dollars per day, with no overtime. She could work over 10 hours and still only bring home five dollars. For Tania, something had to change. She knew she had the drive to make it, she just needed an opportunity.

In 2006, Tania and her son emigrated from Mexico to the United States. “In Mexico, sometimes you get an opportunity. Here you have the opportunity.” With only $200 in her pocket, Tania did what she knew to do — she secured another three jobs: cleaning houses, making tacos, and working as an administrator. With her English being almost non-existent, her employment opportunities were limited to low-wage jobs. But if it took working three jobs to support her and her son, that’s what Tania would do.

Eventually, Tania married, and along with her husband, Mike, they began to dream of buying a home where they could raise their family. They would get one step closer to that dream when her priest, Fr. Joe Tomei of St. Ignatius Martyr Catholic Church, told Tania about a program called Capital IDEA. The program would be able to provide Tania with the opportunity she had longed for. By paying for her college education, Capital IDEA could prepare Tania for a professional career, one that paid a living wage, and gave her advancement options. English would still be a problem, but after discussing her situation, Capital IDEA approved English for Speakers of Other Languages (ESOL) classes to prepare her for college.

The road to graduation wasn’t easy, but with the support of Suzanne Baker, Tania’s Capital IDEA Career Navigator, as well as her husband, Mike, she pushed through. “It was hard. I was in my 40s. I’m from Mexico, and I had to learn the language. Also, I had to do a lot of studying to learn the medical language. But Suzanne was very good at guiding me by giving me very high goals. I wanted a house, and I wanted to pay for college for my son. I think that’s why I didn’t quit.” Her husband Mike was a tremendous help by encouraging her and carrying the extra load at home to provide time and space for Tania to focus on her studies. Eventually, in 2016, after 10 years in the United States (two years spent in ESOL classes, almost three years earning prerequisite college credits, and a year and a half in the vocational nursing program at Austin Community College), Tania was finally ready for her new career as a Licensed Vocational Nurse. So, she went to work. 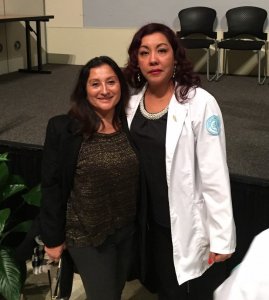 In 2020, as daily life shifted and the world first started responding to what would soon escalate into a global pandemic, Tania once again, had an enormous challenge to face. With senior citizens being some of the most vulnerable people, nursing homes all over the country began implementing strict safety procedures. At Brodie Ranch Nursing and Rehab Center, where Tania works, they put in place strict protocols, asking their employees to go above and beyond at work and at home to keep their patients safe. “If we want to keep our jobs we had to follow some strict rules outside of the nursing home. The administrator told us we could only go shopping once a week, or try to go once every two weeks. And if we go out, we need to wear our masks and our gloves. We also had to keep strict cleaning procedures at home and to make sure everything is sterile. Because if COVID-19 came into the nursing home, it would be from one of us.”

Tania was required to keep her house clean and sterile by CDC and WHO guidelines. This included things like wearing gloves for all cleaning and disinfection. In addition to using soap and water to clean surfaces, an EPA approved disinfectant also had to be used. All high touch surfaces have to be cleaned on a regular basis, including things we usually don’t think of like doorknobs and light switches.

“You get into nursing because you have the heart and passion to save lives.”

For now, Tania’s job has encompassed her personal life, but she continues to persevere as she always has. Her life has prepared her for these difficult times, and she understands this is all part of being a nurse. This career choice is not just about the salary. “You get into nursing because you have the heart and passion to save lives. It’s hard sometimes because as a nurse you can get contaminated, but our mission is to save lives and keep people safe.” Tania has spent her whole life rising to the occasion, and in a time when lives depend on a nurse’s capacity to go above and beyond, it’s Tania and others like her that we’re so grateful to have on the front lines keeping us and our loved ones safe.

At Capital IDEA, we envision a thriving Central Texas where non-traditional students like Tania have the opportunity to get an education, earn a living wage, and reach their full potential.  As Tania’s story shows, sometimes you have to go to extraordinary lengths to take advantage of an opportunity and rise to your full potential. If you’re ready to do the work, we’re ready to support your education and help you get into your future career. Get Started »

To learn more, sign up for an info session: Career Up »
To ask a question, contact us at: 512-457-8610 or outreach@capitalidea.org
Quick links: QUALIFICATIONS | CAREER DIRECTORY | FAQS