Graduate Spotlight: The Strength To Start Over 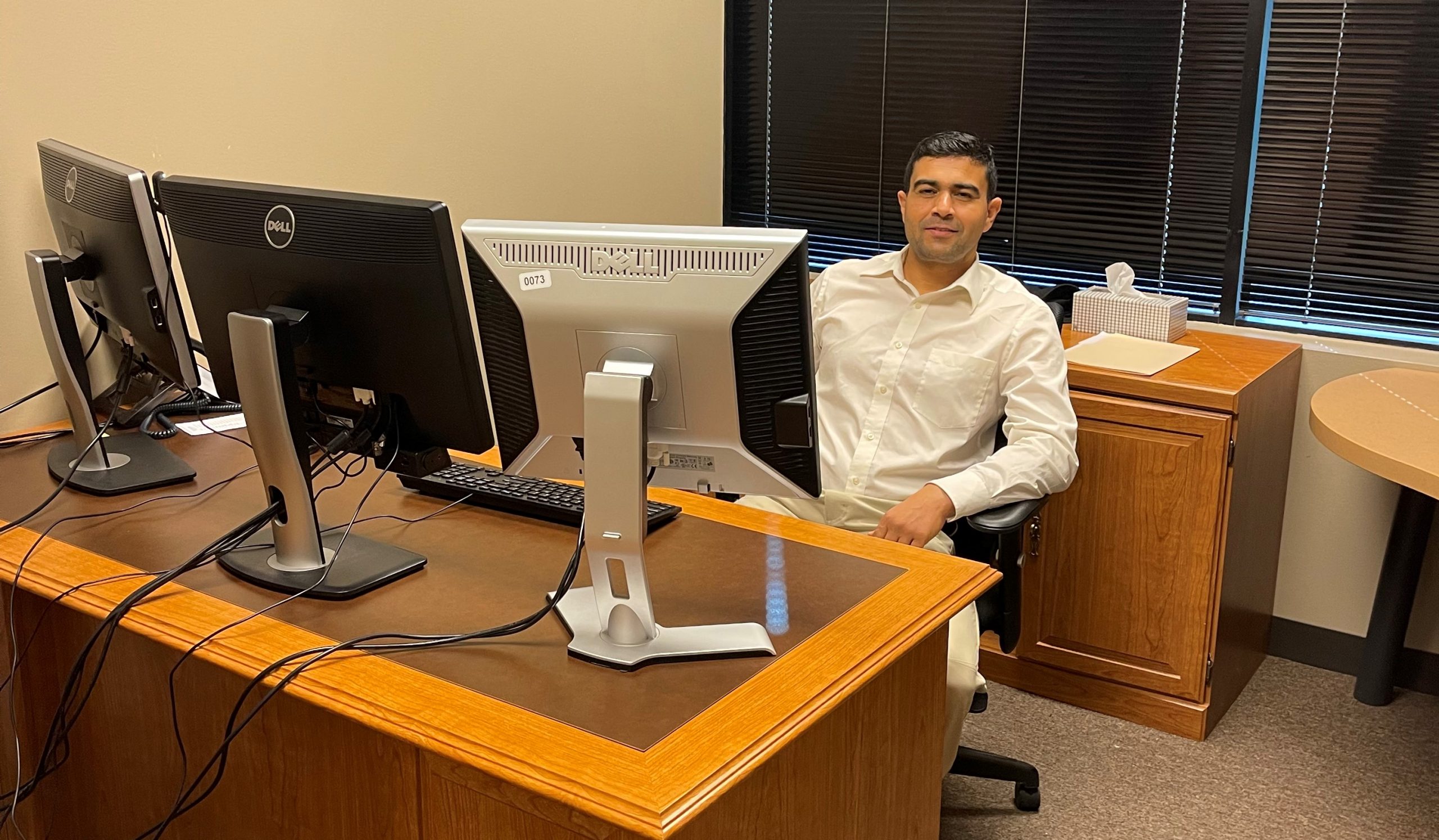 It takes incredible strength to start over and build a new life. Khaibar Rahimy and his family emigrated from Afghanistan about four and a half years ago. In Afghanistan, he was a degreed professional, a civil engineer. His skills allowed him to work with the United States Army Corps of Engineers, and his work as an ally gave him the opportunity to move to the U.S. on a special visa with his family.

Moving to the U.S. was a bit of a mixed bag for Khaibar. On the one hand, the move provided safety and security for his family and better opportunities for his kids. On the other, it wasn’t easy to start over. Even though he had the experience and a degree as an engineer, the U.S. does not fully recognize degrees and credentials from many other countries. This meant Khaibar was technically not qualified to be an engineer in his new home country. If he wanted to re-enter his field, he’d have to re-earn his credentials.

“I was living with no purpose and no aim. I was just passing the time feeling like I had lost something.”

Starting over can be a debilitating endeavor for many people. Khaibar was used to the work and title of a civil engineer. His expertise was once considered valuable by the United States Army and others in his home country. And now, without the validation of his credentials, he had to take a low-paying job as a security guard to make ends meet for his family. This brought Khaibar to a low point in his life. “I was living with no purpose and no aim. I was just passing the time feeling like I had lost something.”

Fortunately for Khaibar, through Caritas of Austin, the organization that helped his family resettle in the United States, he was introduced to Capital IDEA. “When I heard about Capital IDEA, I found the motivation to get my degree because I knew it would give me more opportunities in life not only to support my family but also to improve my education.” Working full-time as a security guard provided barely enough for his family, so paying for college was out of the question. Capital IDEA paid for Khaibar’s tuition and textbooks so he could earn his degree. But Khaibar needed more than financial support.

“It was hard at first going to school. My English was weak,” Khaibar says, but his Career Navigator, Suzanne Baker, helped to enroll him in the English as a Second Language classes (ESL). “Suzanne gave me the motivation I needed. She gave me hope with ESL classes and helping me take care of all the forms I needed.” With Capital IDEA’s support in place, the rest was up to Khaibar.

It wasn’t easy. “For a long time, I was very sleepless.” He worked an overnight, eight-hour shift as a security guard, getting off at 7 am. He got about two to three hours of sleep, and then he woke up to help his family get their day started, driving them to appointments and running errands. On a good day, he would catch an extra hour or two of sleep before heading off to class, and somewhere in between, he managed to stay caught up with his homework.

“If I were by myself, I wouldn’t have been able to complete my goal. Capital IDEA advisors gave me the hope that I wasn’t alone.”

The sleeplessness paid off. Khaibar graduated with his Associate’s Degree in Computer Aided Design(CAD) – Civil Specialization, from Austin Community College. “Now I sleep eight hours every night!” He landed a job at Bleyl Engineering and is working towards his Master’s Degree at the University of Texas in San Antonio. His new job affords him the ability to provide for his family financially, and his new sleep schedule allows him to be less tired and more present for them.

Starting over wasn’t easy for Khaibar. When asked what was most meaningful about the support he received from Capital IDEA, he responded: “If I were by myself, I wouldn’t have been able to complete my goal. Capital IDEA advisors gave me the hope that I wasn’t alone. They helped me, and they called to check on me. No matter how difficult it got, I knew I wasn’t alone.”

Are you starting over? You don’t need to do it alone. With the support from Capital IDEA you can overcome the obstacles preventing you from earning your degree and getting the job you’ve always wanted. Sign up for an info session today.