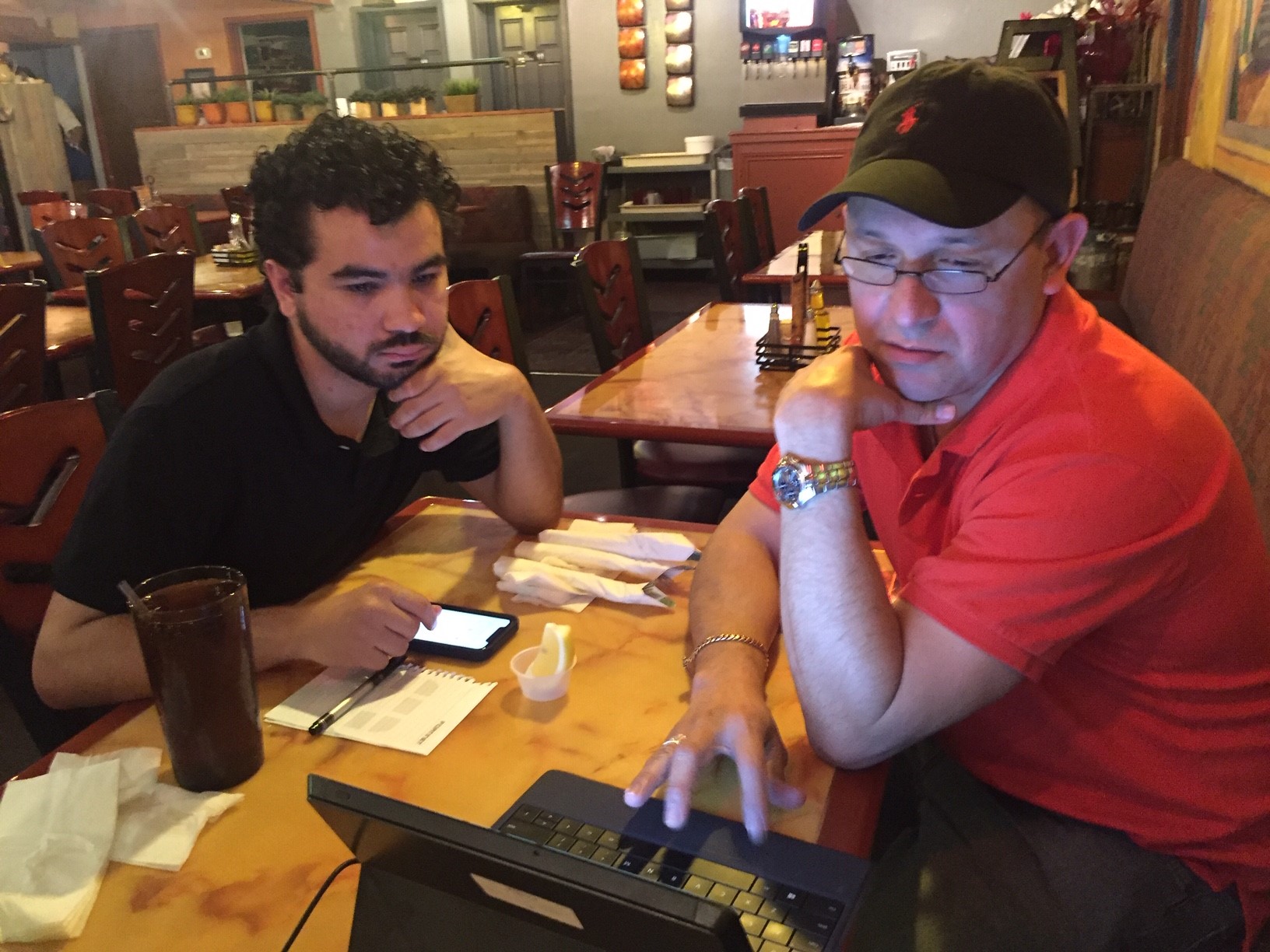 Hammurabi Bueno doesn’t like sitting still. Landing a desk job was never a dream of his. “I’m a person that likes to be hands-on and build things.” Of the many careers sponsored by Capital IDEA, power technology seemed like the natural fit for someone like him. “I have always been interested in electrical things and putting things together.” As a power technician, he could be traveling around, physically active, working in the electronics field that captured his interest, and still earning a great salary, provided he had the right degree.  But even knowing that opportunities existed, Hammurabi still hesitated to go directly to college out of high school.

Hammurabi was the middle child. He grew up in a household with a single mother and two sisters and placed a high value on helping his family financially. That led to him working at a local grocery store as a stocker in high school. After graduating from Lanier High School in 2016, he continued to work at the store not knowing if or when college would be in his future. His mom always believed in the value of education but knew it would be difficult. “My mom was a single mom with three kids. It would be costly to send the three of us to college.” So, Hammurabi chose to keep working.

“I’m a person that likes to be hands-on and build things.”

Six months later, things changed. Hammurabi knew he had to try to go to college if he wanted to make enough money for himself and his family. Thankfully, he remembered a presentation at his high school about a program called Capital IDEA. This program would help him go to college for free, which was exactly what he needed. He attended an information session, applied, and got accepted into Capital IDEA’s Career Expressway program.

Hammurabi continued helping his family by keeping his full-time job at the grocery store while enrolling in college full-time as well. Even though he’d done well in high school, college proved to be more stressful. Between a full-time job and demanding courses, balancing everything became too much. “Halfway through my degree, keeping up with my studies and work became an issue. I didn’t have any time to myself.” He had a tough choice to make, should he prioritize school or work? Hammurabi chose school, left his job, and flew through the rest of his degree program, graduating with his associate of applied science in Power Electric Utility Technologies in two years.

“Having free tuition really helped my mom, and I am grateful for that.”

After graduation, Hammurabi set out on his first professional job hunt. He was qualified and ready but finding an entry-level position in the power technology field proved difficult. Thankfully, the Career Expressway program included job placement assistance. Capital IDEA’s Employment Coordinator, Ron Modesty helped Hammurabi with resume building and finding leads, and Suzanne Baker, Capital IDEA Alumni and Student Engagement Coordinator, connected him with alum, Heriberto Gonzalez. Heriberto was coming up on two decades of experience in the power technology field, and he sat down with Hammurabi (pictured above) to offer him advice and encouragement including tips on where to look for jobs and which ones to take. A few months later, Hammurabi landed a job with Lonestar Communications.

Today, Hammurabi is moving up at Lonestar. After two years at the company, he is now a Lead Technician responsible for training others to pull cable in hospitals and schools for their PA and intercom systems. He is also a part of a career ladder program the company just started that offers classes for individuals who want to move up the ranks. His goal is to “grow as much as I can and move up within the company,” but if his opportunities dry up there, “I’ll find a company where I can advance further,” he says. Because, again, Hammurabi is not one to sit still.

“At least try it out because if you want a good career, college is there to help you get it. There’s always a way to fix any issues that come up.”

As Hammurabi continues to move forward in his career, he’s still thinking of his family. When asked what was most meaningful about the support he got from Capital IDEA, he notes. “Having free tuition really helped my mom, and I am grateful for that.” The degree he earned has opened doors, and he can see that it’s leading him towards a brighter future, which is why he advises anyone unsure or hesitant about going to college to “at least try it out because if you want a good career, college is there to help you get it. There’s always a way to fix any issues that come up.”

Are you someone who is hesitant about going to college? Sometimes you just need to try it out. You have nothing to lose and an excellent career to gain. Sign up for an info session to learn more about our career offerings. LEARN MORE »